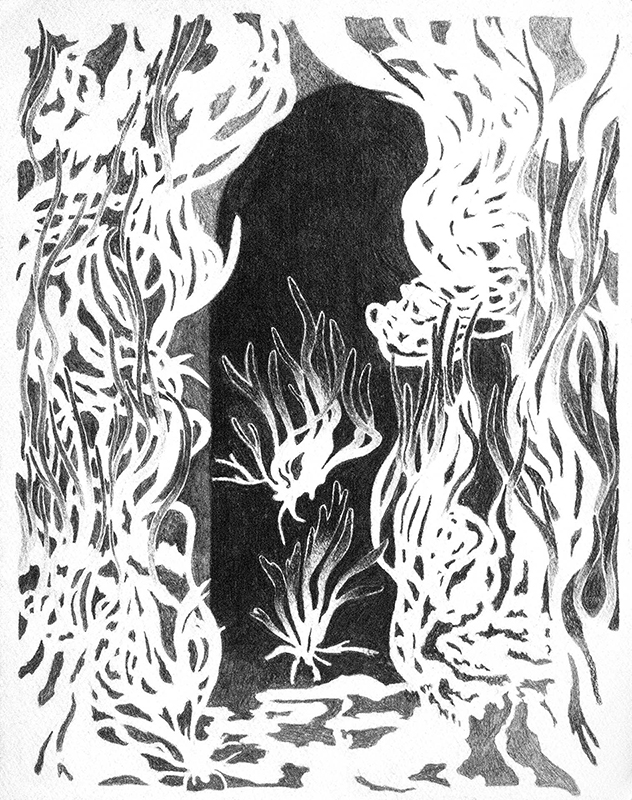 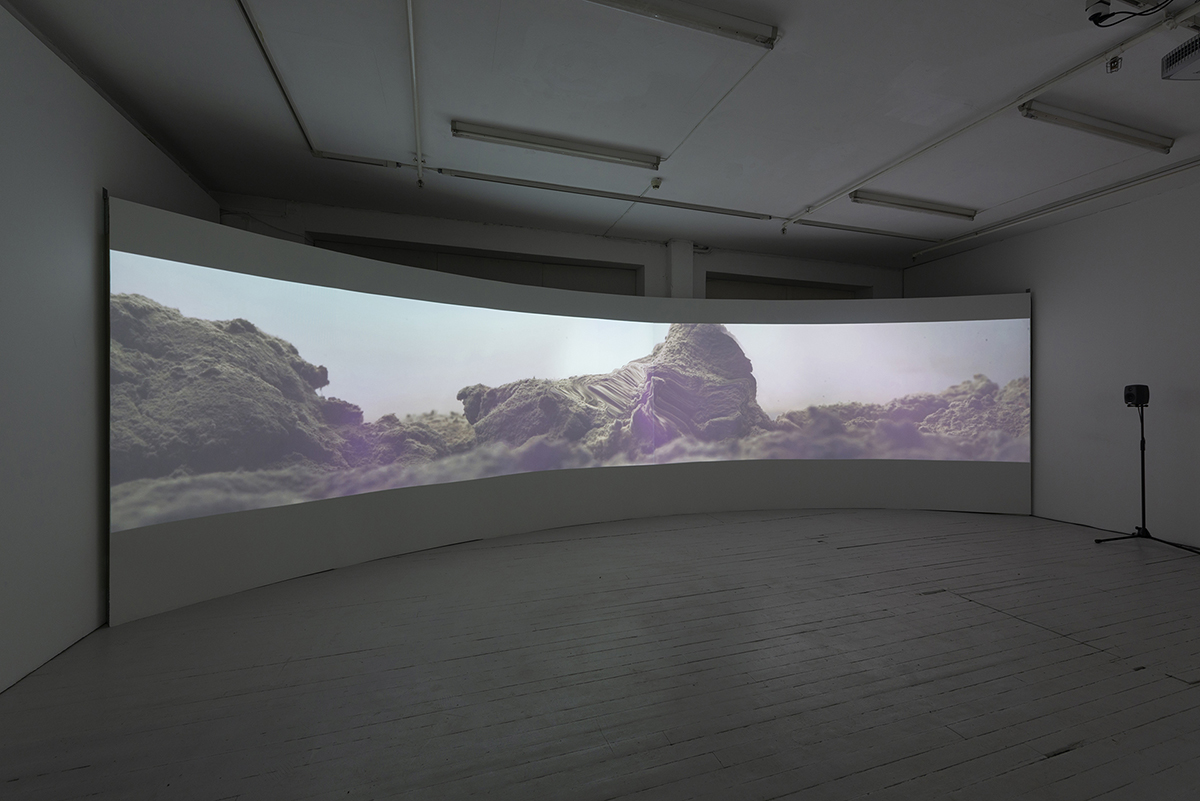 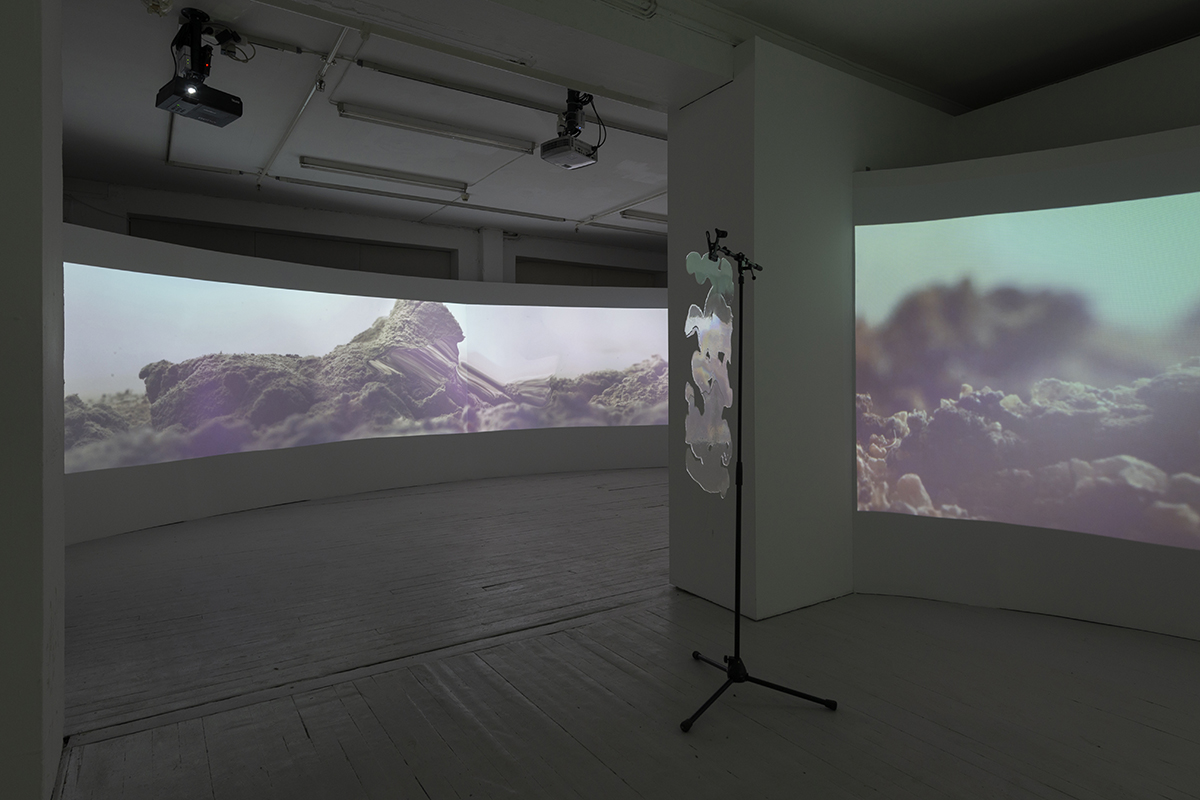 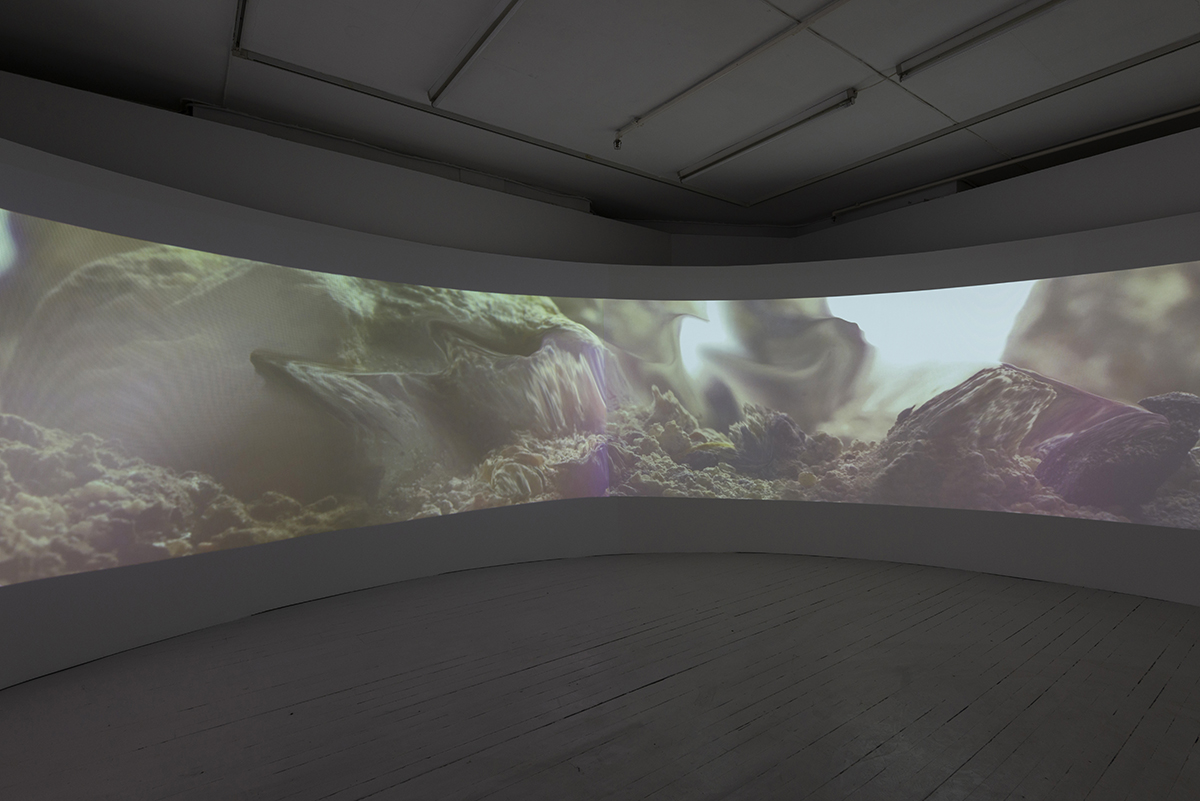 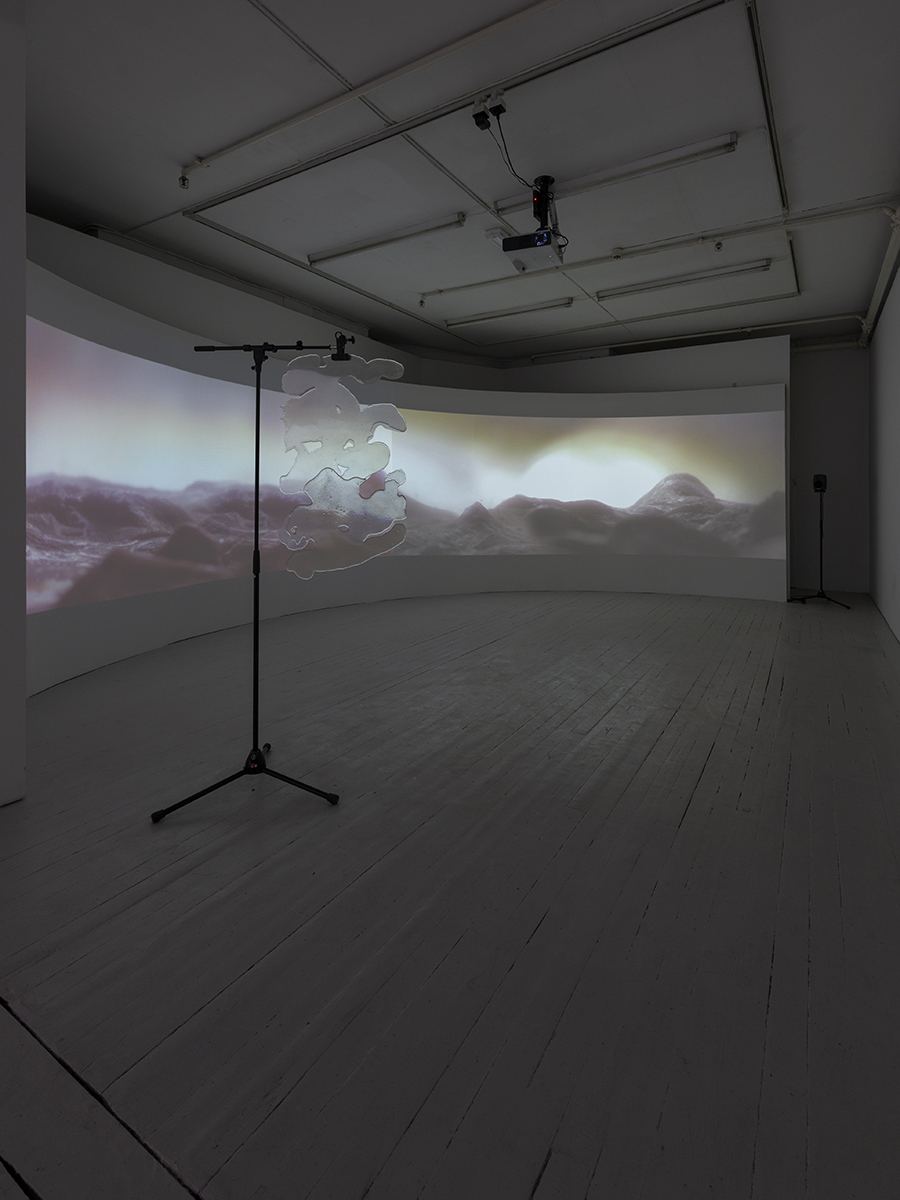 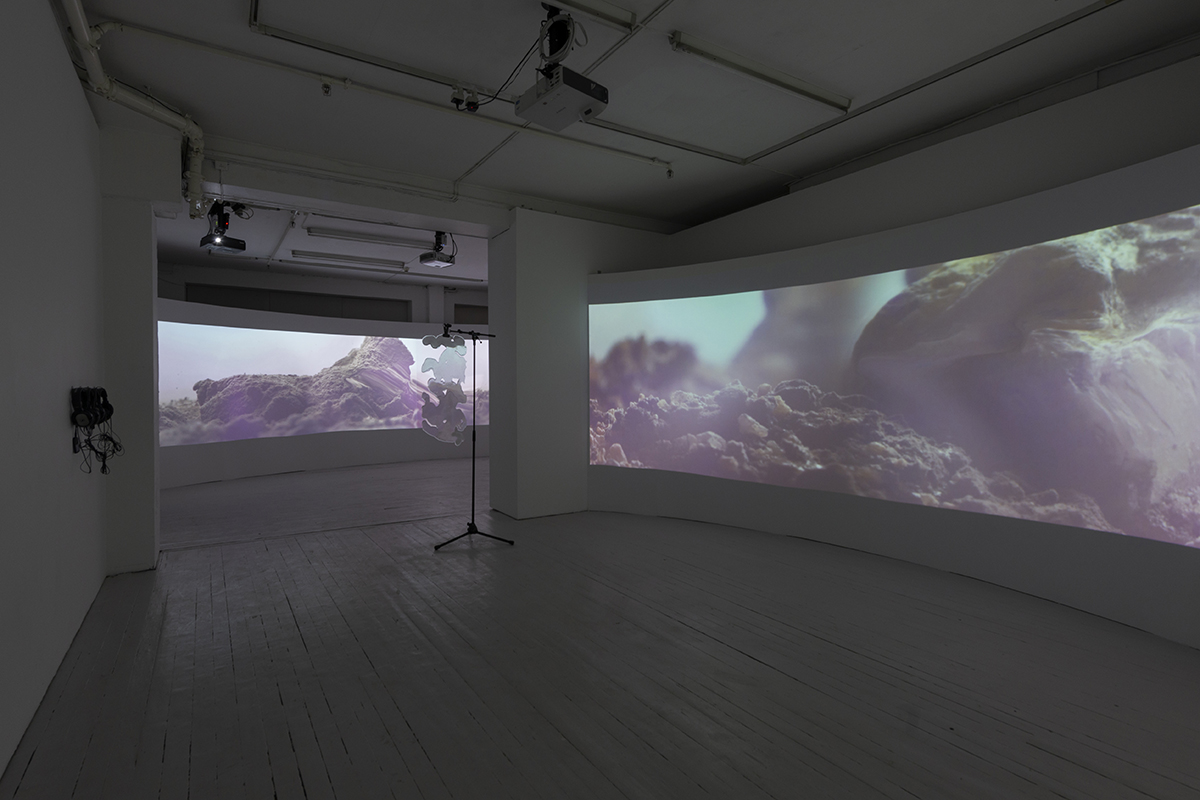 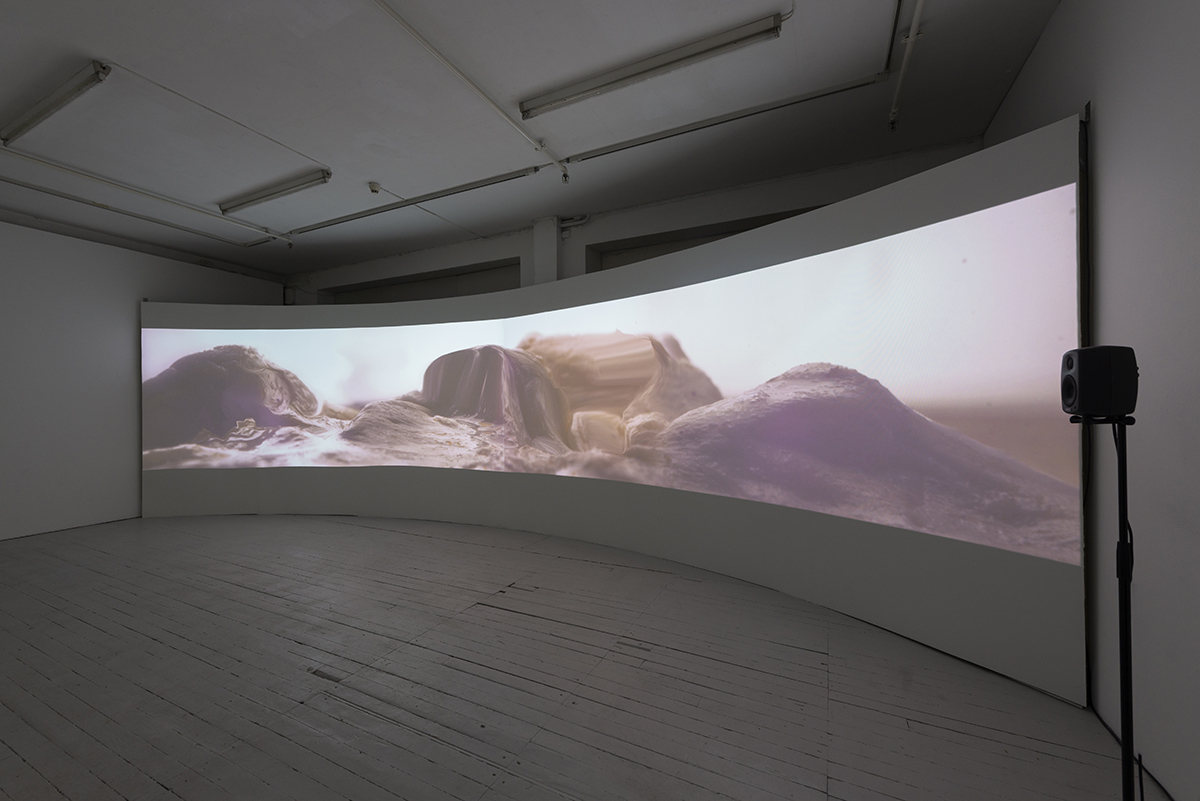 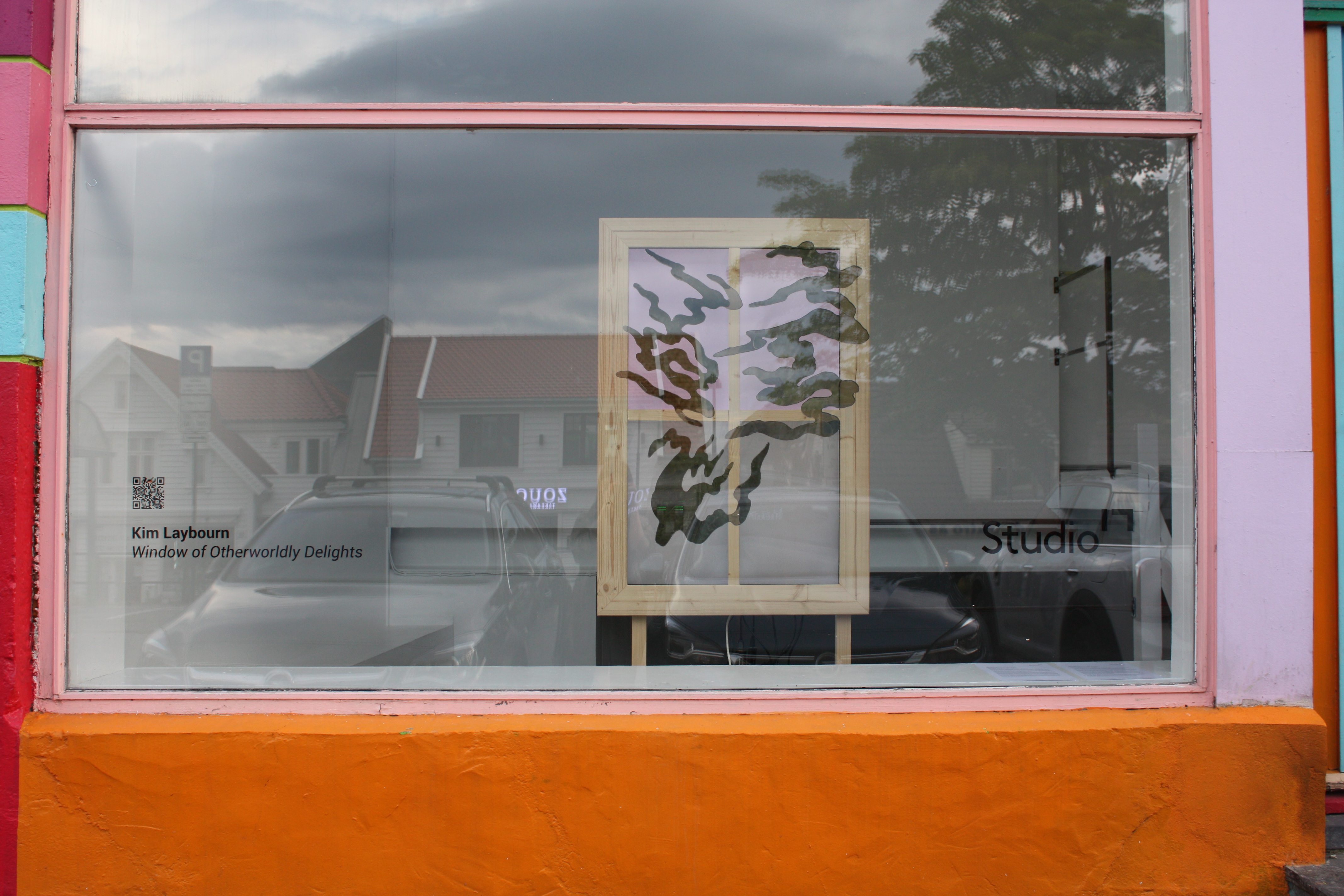 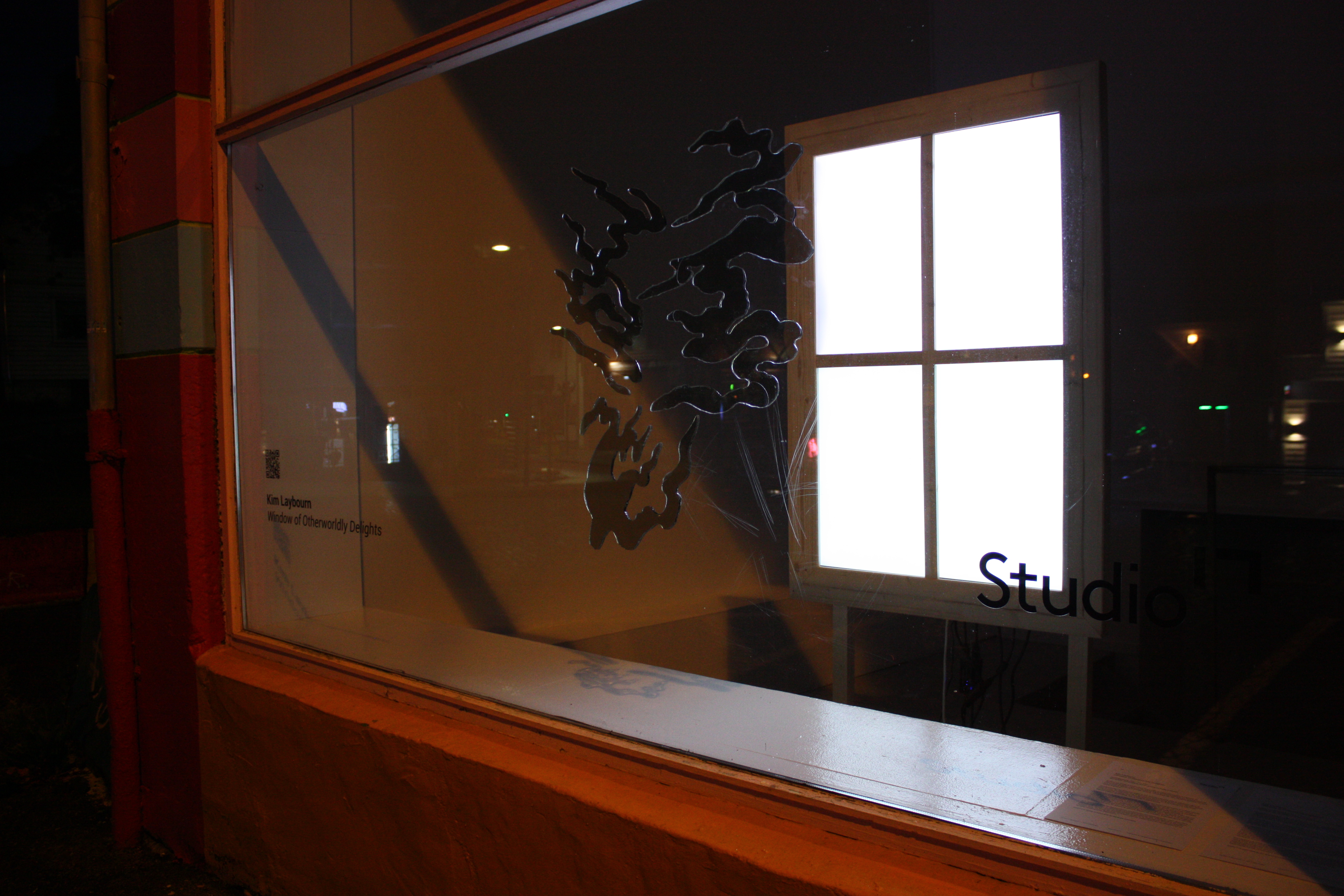 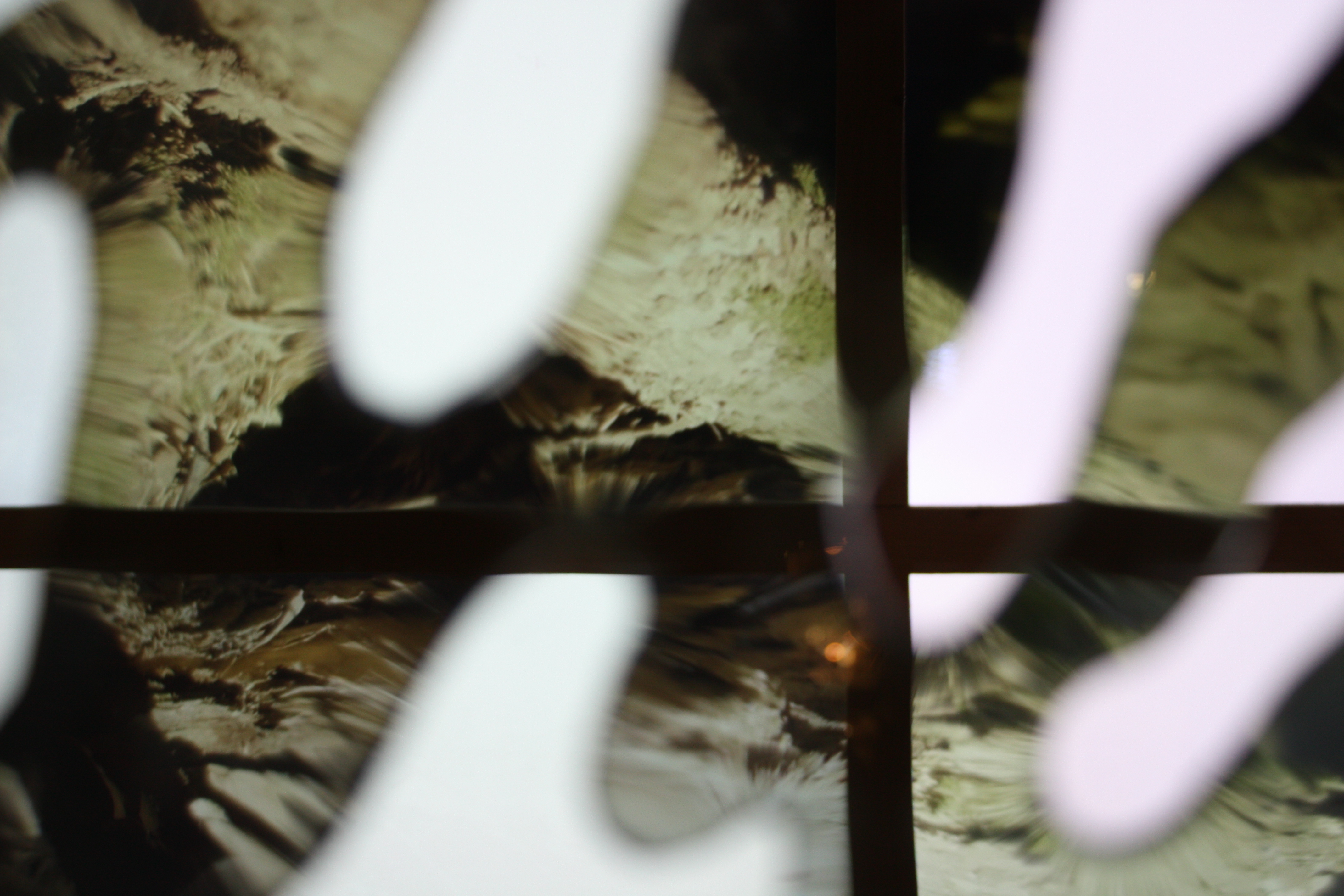 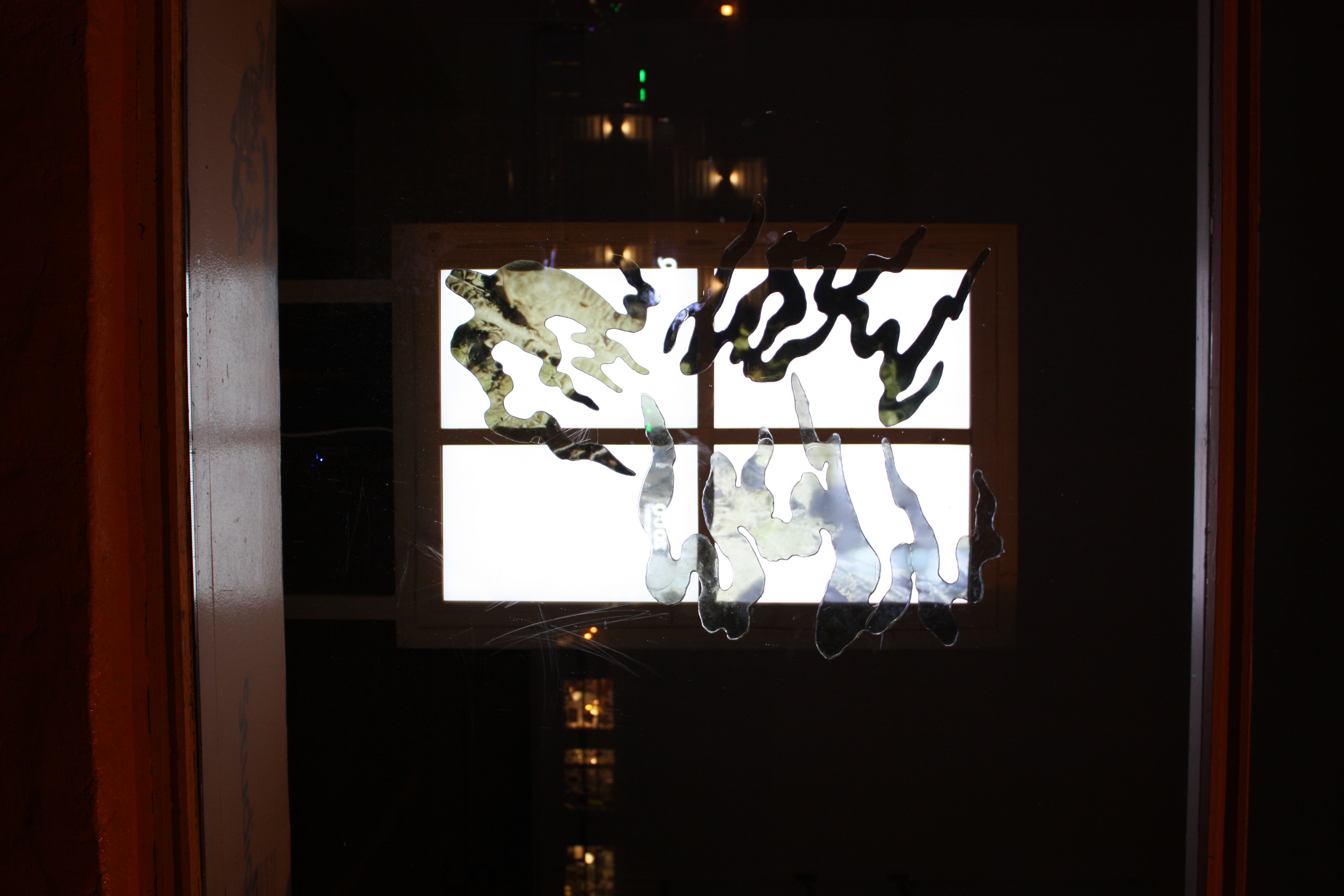 A soft wind blows through the landscape while alternating images of flowers, grass and heather appear. What seems like a field of poppies under a blue sky is seen in the background; next we are in a desert with cactus flowers and purple rock formations in the horizon. We hear sounds from the bushes, sounds of movement, of life. Or?

During the film projected on the wall in Sol, the small movements start to look more and more strained. The shape of the flowers changes while the crackling sounds intensify. Slowly we start to combine the sound and pictures and an unusual scenario emerge in front of us: a landscape in the process of a meltdown.

The word Landscape originally arose as a technical term among the flemish painters. In painting, an impression or illusion of a landscape can develop in the mind of the subject observing it. It is not essential whether the motif refers to a fictitious landscape or a piece of land existing in the physical world. Only for a short moment the relation to reality is central – then perception takes over.

The philosopher Georg Simmel wrote in his text The Philosophy of Landscape that contrary to the notion of ‘a piece of land’ the understanding of ‘landscape’ is dependent on it’s own limitation. Because where nature is a boundless totality of a whole (and indivisible), the landscape has moved out from nature and in to a being for it self which only becomes visible under certain conditions.

In arts’ many representations of landscape we are often reminded of the aspect ratio between ourselves, humans, and the wild, sublime nature. But in this exhibition by Kim Laybourn, the landscape is created by the artist himself – in collaboration with modern industrial production facilities – and there is no-one to mediate the experience for us. We are ourselves placed in the middle of the landscape, and during it’s gradual meltdown we become more and more conscious of the powers that effect the landscape, change it and finally destroy it. Destructive powers that – as we learn during the film – are applied by the artist, the human, ourself.

Spills and Bleeds Spells portrays a phenomenological landscape, a landscape in dissolve, which cannot be defined as a place "out there", but which is everywhere in and out, in our surroundings and in our bodies. Being of the moment and in process, where the time duration is measured in terms of human embodied experience of place, movement, and memory, landscape is temporal. A landscape that moves evolves transforms at an geological rate incomprehensible for the human perception. A merging or dissolving of time.